Skip to content
What could be better than our new Basic Underwear and Cloth Pad patterns? Mashing the two together of course! While technically a hack, we’re combining both patterns to get the best of both Underwear and Cloth Pad worlds to make period panties.
To begin with, decide which version of the Basic Underwear you want to make. Any of the versions can be mashed with the cloth pad. So, choose your favorite, or one of each! There are three rise options (low, mid, and high rise), plus picot, fold over, or enclosed elastic, or band options for the legs and waist. They can also be fully lined or unlined and have an optional gusset!
Next, cut out or trace the core size you want to put into your underwear. To begin with, we suggest choosing the pad size you would typically wear. After you’ve had a chance to wear the underwear a time or two, you’ll be able to decide if it’s a good size for you.
After you’ve chosen your core size, you ‘ll choose the fabric you want for the core. You’ll also want to decide if you want to put a waterproof barrier into your period underwear as well. These pictures show a Zorb core with a PUL waterproof barrier.

If you are sewing an UNLINED version of the underwear, stitch the gusset, front, and back together, and then pin the gusset in place. Decide where you need the core placed based on your flow. The core in these pictures was placed for someone who has a very even flow and doesn’t need extra front or back coverage. 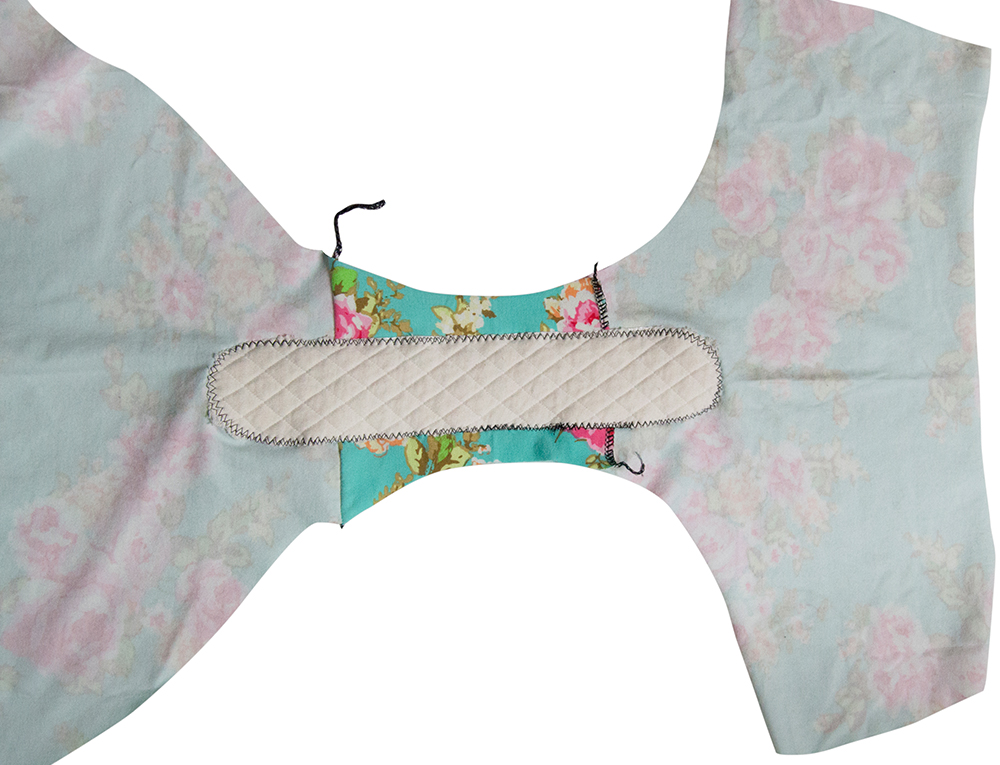 If adding PUL or another kind of waterproof barrier, place the PUL with the SHINY side up. Then align the core on top of the PUL. Carefully pin in place within the seam allowance.
Are you sewing the LINED Version? Layer the core FIRST onto the wrong side of the lining of the underwear, then place the waterproof fabric.
After that, finish assembling your underwear following the directions in the Basic Underwear tutorial.
Quick and easy, plus you get period panties that are easy to customize just for your body. It really can’t be any better! 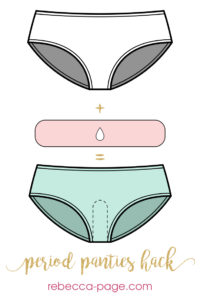 One thought on “PATTERN MASH: Sewing Your Own Period Panties”