How to Sew A Button…And Much More!

How to Sew A Button…And Much More!

When I was a child, my mother had a large, glass jar filled with buttons. When I started learning how to sew a button, I loved tipping out the contents and sorting through to find something that suited the garment I was making. Sometimes this took ages, as it wasn’t always easy to find the number of buttons that the I needed. I did enjoy the ‘labour-of-love’ aspect of button hunting.

The ‘button jar’ is a good example of old-fashioned ‘recycling’ – removing and saving everything that could possibly be used again from a garment that was worn out. It’s also family history – a chance to ask my mother ‘what outfit was this special button on?’ Although I now live in a small flat in London, I still have a pretty glass jar to keep my buttons in.

From a young age, I recognized that a set of special buttons could transform an outfit from the ordinary to the extra-ordinary. From a Christian Dior 1950s jacket with pearl buttons, to Mary Quant’s signature daisy buttons in the 1960s; each new fashion trend can be elevated by the placement of appropriate buttons.

The exact origin of buttons first being used for fashion purposes, and not just for fastening, is contentious – let’s just say that it was hundreds of years ago. Traditionally, buttons were made by hand from wood, metal, glass and even seashells. This meant that they were expensive and only wealthy people could afford to buy them. It wasn’t until the industrial revolution started in the 1760s that buttons were mass-produced for the first time, meaning that they became affordable and more widely used. 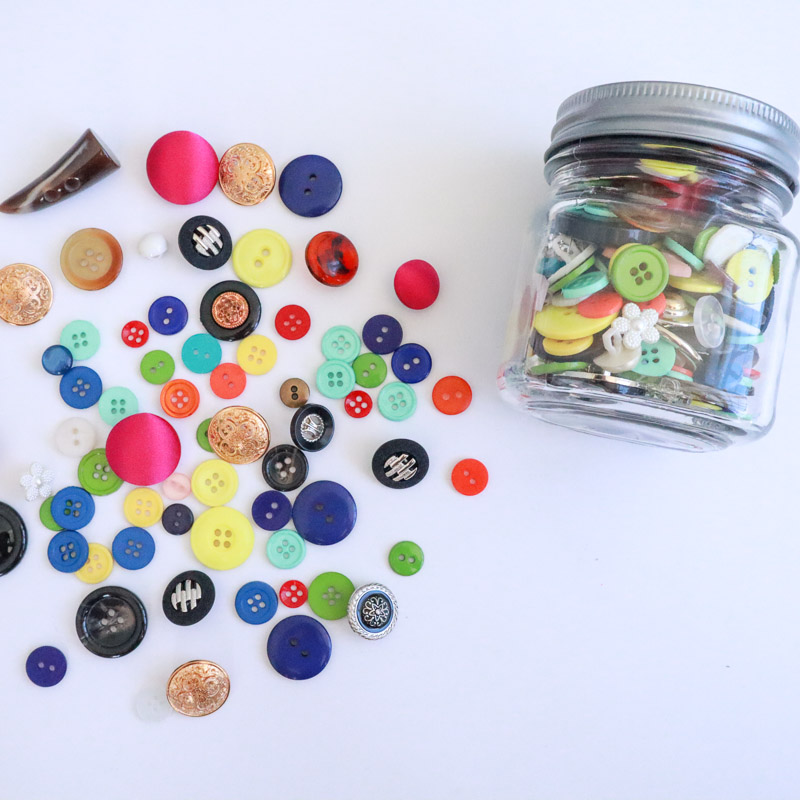 A number of factors need to be considered when choosing the right button. You need to start by taking a close look at the stability, fray, stretch, strength and texture of the fabric. Then you can move on to choosing the button:

Size – patterns usually indicate the appropriate size (or range of sizes) for a button, so check this before beginning your search. It’s important to think about even placement on the garment and how this looks to the eye.

Color – the choices are endless! Think about complimentary and contrasting colours or different shades of the same tone. You could also consider natural shades and textures such as metal and wood.

Function – don’t forget to consider how the button will be used. Does it need to go through a buttonhole or loop? How often will the button be opened and closed?

The most common buttons are flat and mass-produced with either two or four holes in the centre. The choices are endless, from plain plastic through wood, metal and glass buttons to hand-crafted ceramic ones. Flat buttons can be sewn on by hand or with a machine.

There are no holes in the top of a shank button; instead they have a ‘shank’ underneath to fasten the button to the fabric. This ‘raises’ the button on a garment made from thicker fabric (for example, a jacket). If shank buttons are sewn onto fine fabrics, they can be floppy.

Stud (or jeans) buttons are usually for commercial purposes. A special machine is used to press a stud button onto fabric. There are hand held tools available for home use.

An elongated oval shape button, usually made from wood, that has two holes in the centre to sew the toggle in place.  Toggles usually use loops as their fasteners.

Decorative buttons say it all – they are generally for the look over function. Be brave and give it a go on a special jacket, dress or shirt!

For covered buttons you use fabric (same as the garment or contrasting) to cover metal or plastic parts that has a back piece you press on. 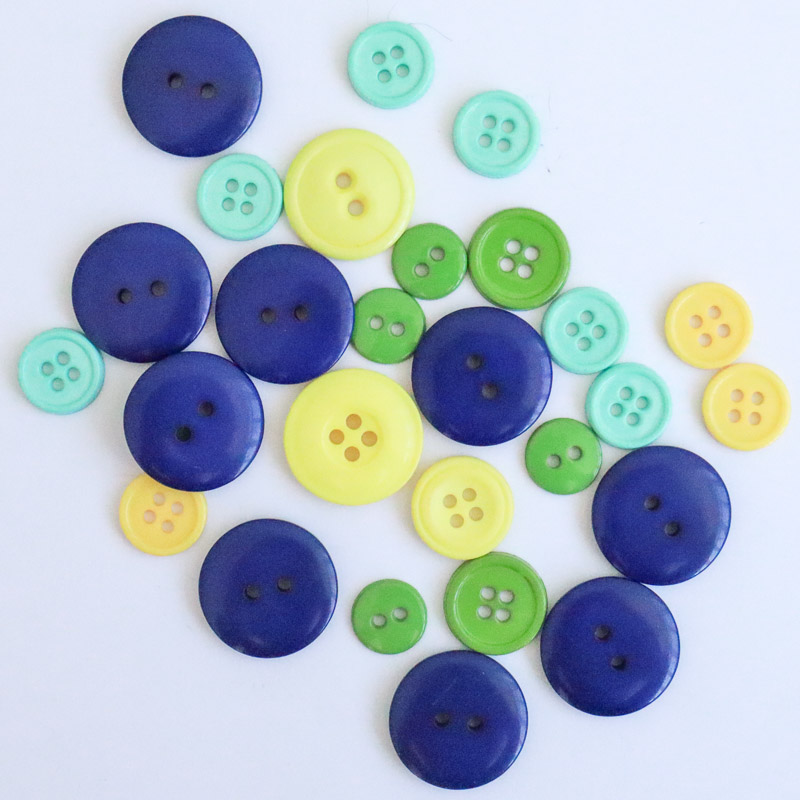 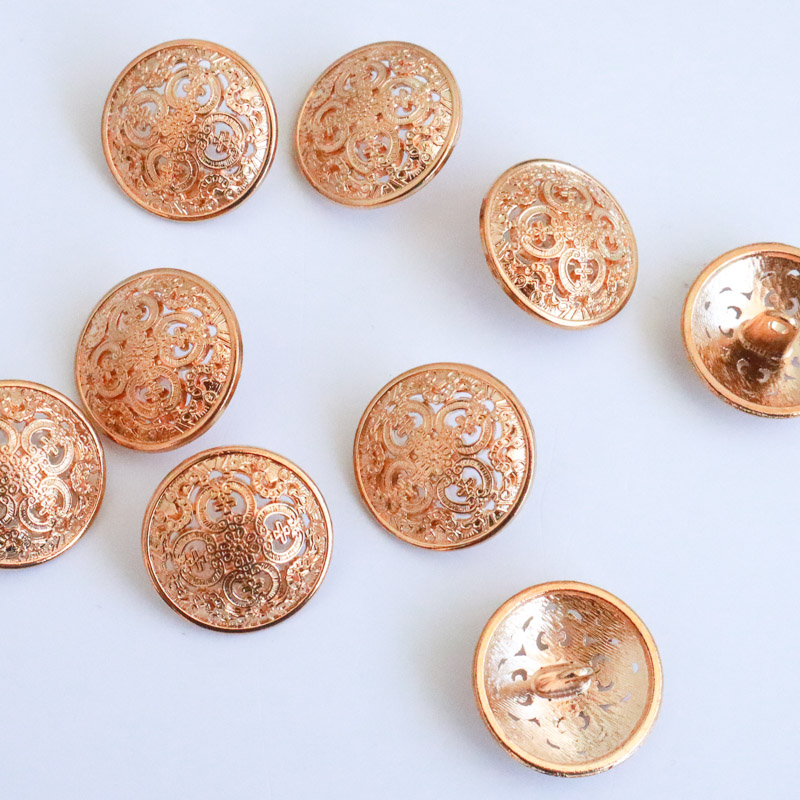 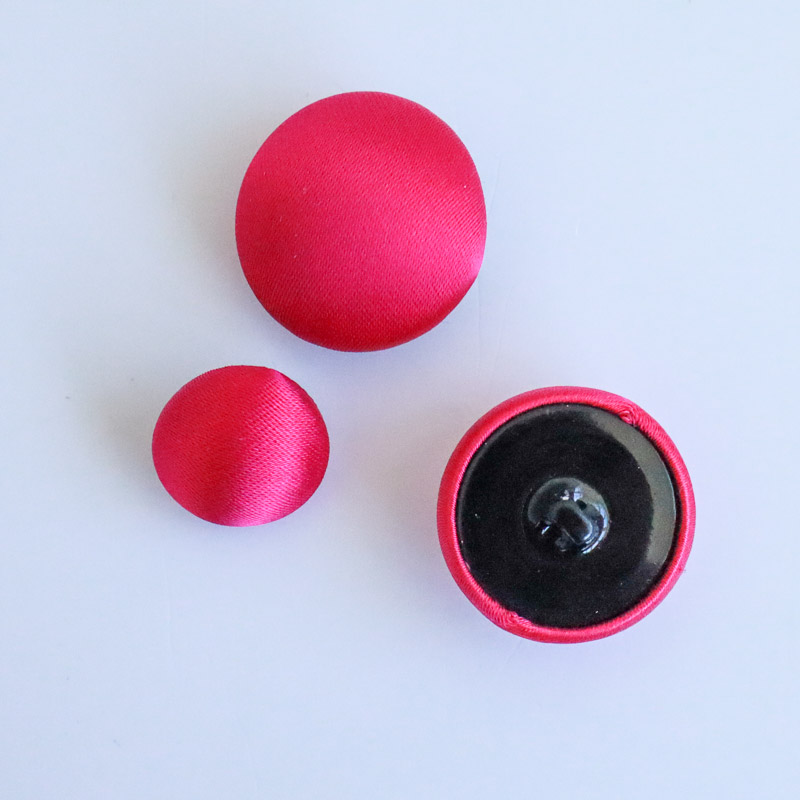 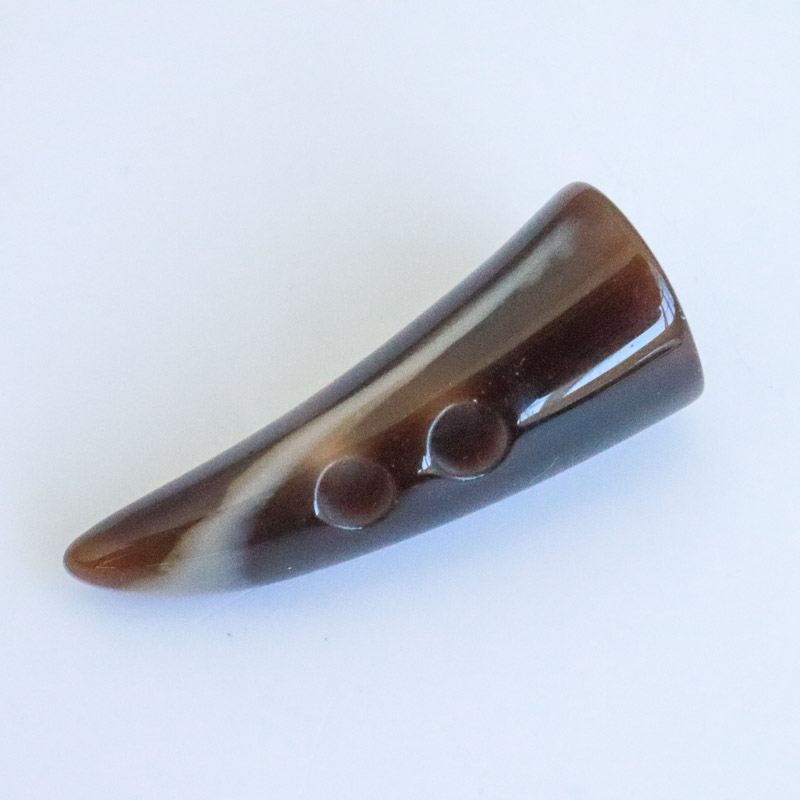 How to Cover a Button:

For a special item or to add a touch of couture a hand sewn buttonhole is the trick! They are also useful when the fabric is too thick for the sewing machine.

The modern sewing machine does different buttonholes in one easy step. In saying this, it can be scary when you try for the first time. I always attempt a trial button on a fabric off-cut before I start. Believe me, it’s difficult to unpick a machine-made buttonhole!

Measure the button and add on enough fabric to create a loop. Make a rouleau strip out of the same fabric as the garment (or a contrasting fabric).

How to Sew on Buttons by Hand:

Note: if there are four holes in the button, sew diagonally across to make an X with the thread. 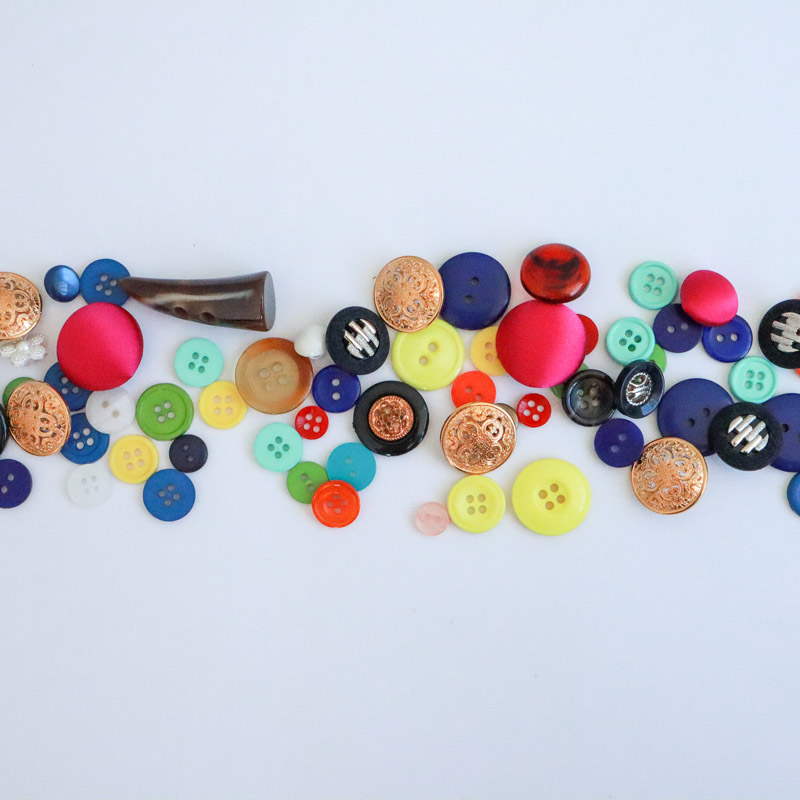